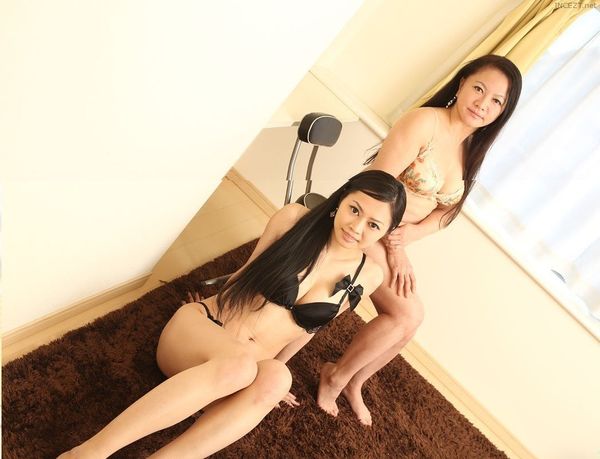 Are they really mother and daughter? It sure seems convincing!

Things start off with the pair being interviewed, and then mother daughter get to work on sharing a chap’s dick. It’s a blowjob-only scene, but it’s POV-style and has the two of them working his shaft. At the end, mama Chiharu tugs and jerks him to completion, all over her hand and his crotch.