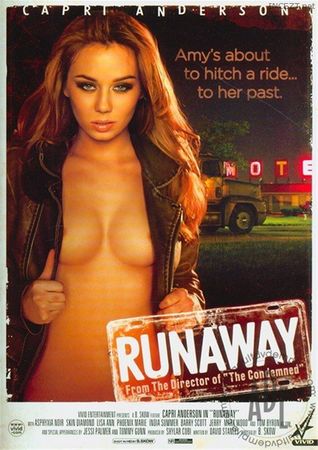 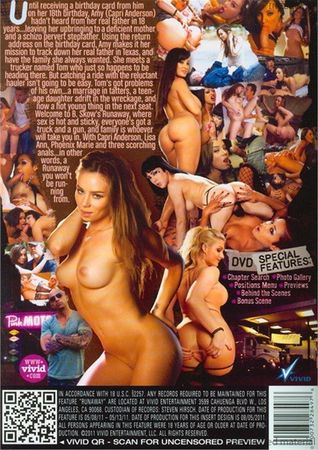 Amy’s about to hitch a ride…to her past. Until receiving a birthday card from him on her 18th birthday, Amy (Capri Anderson) hadn’t heard from her real father in 18 years…leaving her upbringing to a deficient mother and a schizo pervert father. Using the return address on the birthday card, Amy makes it her mission to track down her real father in Texas and have the family she always wanted. She meets a trucker named Tom who just so happens to be heading there. But catching a ride with the reluctant hauler isn’t going to be easy. Tom’s got problems of his own…a marriage in tatters, a teenage daughter adrift in the wreckage, and now a hot young thing in the next seat. Welcome to B. Skow’s Runaway, where sex is hot and sticky, everyone’s got a truck and a gun, and family is whoever will take you in. With Capri Anderson, Lisa Ann, Phoenix Marie and three scorching anals…in other words, a Runaway you won’t be running away from. 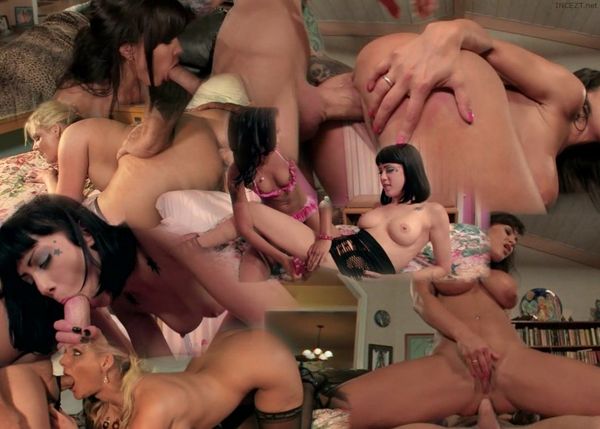 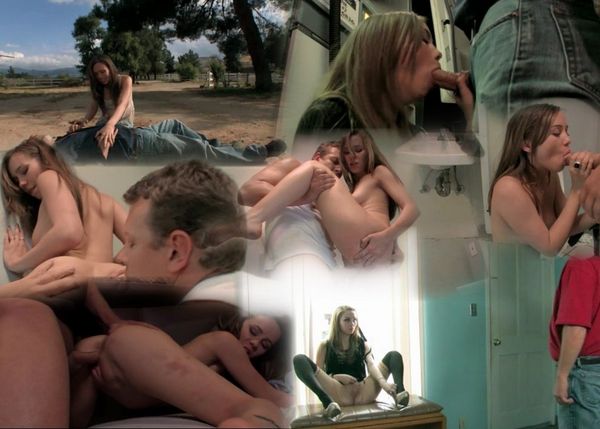